Globus services will be unavailable for up to 30 minutes beginning at 10:00 AM US Central on Saturday, September 18, 2021. Read more about the planned maintenance.
June 29, 2015 | Vas Vasiliadis

Last week we passed a pretty cool milestone for the Globus service: 100 petabytes of data moved! Even in this age of "big data", 100PB is a big number. How big, you ask? Well, 100PB is roughly... 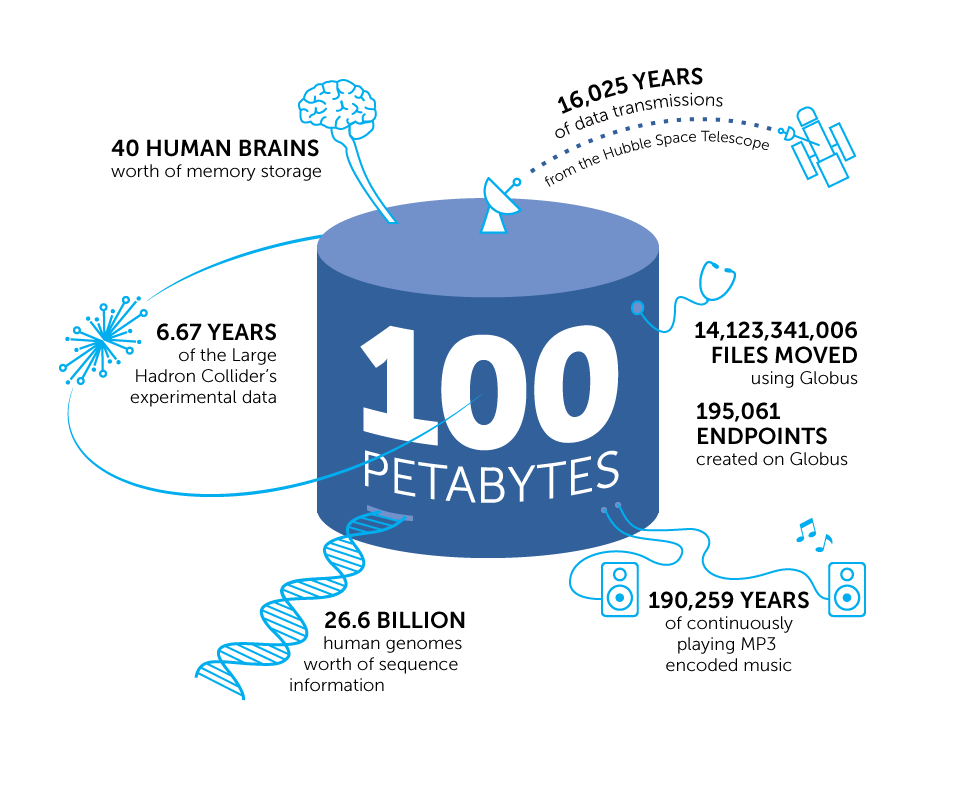 Globus is developed and operated by the University of Chicago, but our users move data all around the world:

...and Queensland, New Zealand is the furthest we've travelled to present a Globus tutorial!

Here are some other stops we made along the way:

Now that's done and we're moving at full speed towards the next milestone: 1 exabyte. Join us and get moving!